Venice becomes the 75th “European City of the Reformation” 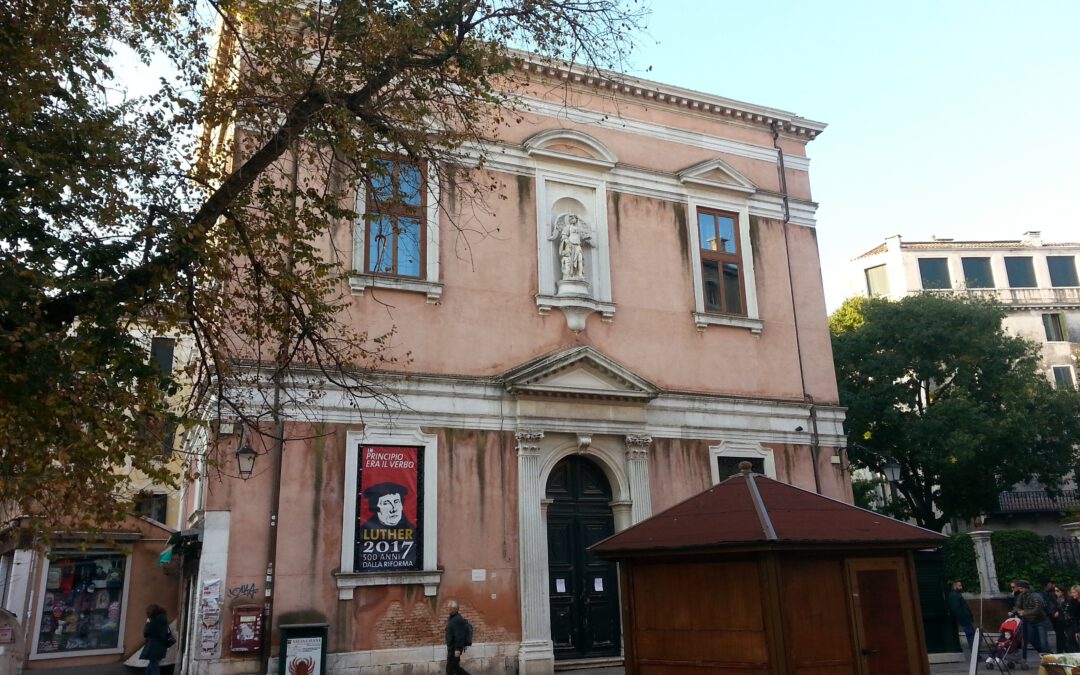 As the “500 years of Reformation” anniversary dawns, the network of European cities of the Reformation has chalked up an eminent new addition with the award of the coveted title to Venice. This means the cities project run by the Community of Protestant Churches in Europe (CPCE) now encompasses 75 local authorities in 15 countries throughout Europe.

At the presentation ceremony for the accolade, the CPCE’s General Secretary Bishop Dr. Michael Bünker observed that Venice was Italy’s mightiest maritime republic at the time of the Reformation. “The awareness of its independence from Rome pervaded all levels of Venetian society. Furthermore, the international character of the city’s population nurtured quite a receptive climate for culture and ideas, including Reformation influences from beyond the Alps.” As the capital of European publishing, Venice assumed a key role in spreading the Reformation movement throughout Italy and remained a hub of Reformation influence there until the diverse movement was stamped out by the Inquisition towards the end of the 16th century, which keenly focused its sights on Veneto, as Bünker explained.

At the same time as Venice, the title was also awarded to Guardia Piemontese, which despite its name does not lie in northern Italy, but rather in the Region of Calabria. The town has nurtured special links with the Waldensian community since its members fled there from persecution in Piemont during the 13th century. The Waldensians embraced the Reformation during the 16th century. Nowadays, this diaspora church in Italy earns social recognition in broad circles of society thanks to its welfare work and social commitment, such as the aid it offers to the refugees arriving in boats from North Africa.

General Secretary Bünker pointed out that applications can still be submitted for the title of “European city of the Reformation” and that the CPCE expects to welcome another dozen towns and cities to the network. He added: “As 2017 kicks off, many local councils are recognising the value of the Reformation’s heritage for culture, education and science – not to mention tourism – in their town or city.” He explained that one of the key criteria for taking part in the project is to emphasise the European dimension of the Reformation in the activities and events planned by the towns and cities that form part of the network.

The 72 participants alongside Venice, Guardia Piemontese and Riga are spread throughout Denmark, Estonia, Finland, France, the Netherlands, Poland, Scotland, Slovenia, the Czech Republic and Hungary. The web of “European Cities of the Reformation” is densest in Germany, Switzerland and Austria.