City of the Reformation Worms 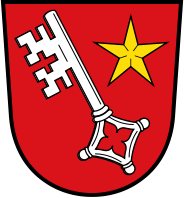 This former free cathedral city on the banks of the Rhine has always been a point of confluence where different religious currents provide mutual enrichment. In the Middle Ages, Worms was a key focal point for the Jewish community in Europe and the seat of many important Imperial Diets. Protestant preaching already took place in the city’s St Magnus’ Church at the outset of the Reformation, in the year 1520. In 1521, Martin Luther was summoned to account for his teachings at the Diet of Worms by Emperor Karl V. In response, Luther travelled there with the courageous words “if there were as many devils at Worms as tiles on its roofs, I would enter”. He refused to recant his books and for this was banished from the Empire. The city quickly adopted the Protestant doctrine, even though the cathedral remained the seat of the Catholic Bishop. Numerous Reformist works were published in the city’s print works owned by Petrus Schoeffer the Younger, such as the Protestant German Mass in 1524, two years prior to Luther’s German Mass (1526) and then the Worms Bible (1529), which was the first Protestant full version of the Bible to be printed in German ahead of Luther’s complete translation in 1534. The English Reformist William Tyndale also commissioned the printing of his translation of the New Testament – which is now considered a milestone in the English Reformation and modern English language – in Worms in the year 1526. Religious talks were held in Worms in 1540-41 and 1557 to mediate between the various denominations practised within the Empire. In reference to this tradition, a new series of “Worms colloquies” has been convened in the run-up to the anniversary of the Reformation in 2017 to promote inter-religious accord. A memorial to Luther was erected in 1868 in memory of his stance at the Imperial Diet of Worms, which to this day remains one of the world’s greatest Reformation monuments. It depicts Martin Luther surrounded by the forerunners of the Reformation and his theological and princely co-advocates. A room in Worms City Museum housed in the Andreasstift is dedicated to Martin Luther’s stay there. The exhibits include a copy of the 1521 Luther Bible inscribed with his hand-written notes (the original is held in the city library) and the bust of Luther that Ernst Rietschel originally designed for the Luther Memorial, to name just two of the many artefacts. Worms City Library holds a uniquely rich collection of Bibles and works (617 in all) from the era, including a reproduction of William Tyndale’s New Testament. Regular public tours are dedicated to Luther and the Reformation in Worms.
To commemorate the 450th anniversary of Luther’s death, in 1996 the city of Worms formed an association of Luther cities, which awards the “Intrepid Worms” prize. Throughout the Luther Decade, Worms is focussing on different annual themes leading up to the major anniversary of “500 Years of Reformation” in 2017. Worms then looks forward to celebrating another major event in 2021 – the “500th anniversary of the Diet of Worms”.
Colloquies were held between the confessions in the Lutheran free imperial city of Worms between 1540 and 1557. In 2013, a series of “Worms Colloquies” was launched as part of the Luther Decade to recall this effort to reach inter-religious consensus. The Luther city of Worms was one of 20 places awarded the European Heritage label “Site of the Reformation” to highlight the cities or important locations where great events happened or key historic figures of the Reformation made their mark.