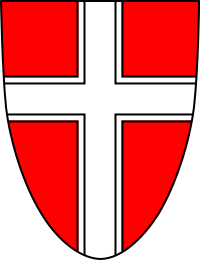 A metropolis being city of reformation

The capital city of Austria is one of Europe’s cultural and political hubs. The continent’s Emperors resided here for centuries and made a distinct mark on the place, so much so that UNESCO has declared both Vienna’s historical quarter and its Schönbrunn Palace as World Heritage sites. A host of international organisations have their headquarters in Vienna – such as the OSCE, OPEC, the IAEO and the CPCE – or, as in the case of the UN, at least one of official office.
The city also played a special role during the Reformation era by virtue of its status as the Imperial capital. A number of students at the University of Vienna, which was founded in 1365, would go on to become major protagonists of the Reformation, including Huldrych Zwingli (1584-1531) and St. Gallen’s chief Reformer, Joachim von Watt (1484-1551). From 1520 on, the city was also the source of the Protestant pamphlets that were spread throughout Austria. It was also in Vienna that Paul Speratus (1484-1551), composer of the famous motet “The Grace of God Has Come to Man”, adopted the Protestant faith in St. Stephen’s Cathedral in January 1522, to then be excommunicated as a result. Two years later, Viennese cloth merchant Caspar Tauber was executed in Vienna for the confession of his Reformist faith. All the same, Protestant teachings found great resonance amongst the city’s inhabitants, and the majority of Vienna’s nobility and citizens turned to Protestantism. The Radical Reformation also garnered support there, leading to the foundation of a Viennese Baptist community. Balthasar Hubmaier, leader of the Anabaptists, was subsequently burned to death in Vienne in 1528. This all served to fire a generally anticlerical mood, which, following the banning of Protestant preachings, infused into the Sunday services of Protestant worship held on the noble estates just outside Vienna’s city walls. The nobility promoted the Protestant movement and employed Protestant pastors. Even the subsequent Emperor Maximilian II (1527-1576) installed a Protestant pastor, Johann Sebastian Pfauser (1520-1569), as his court preacher around that time. By the close of the 16th century, three-quarters of Vienna’s population were Protestant.
During the Counter-Reformation in the 17th century, the Protestant nobility was deposed and expelled as sponsors of the Reformation, forcing Protestants to practise their faith in secret. The situation remained that way until the Edict of Tolerance of 1781 allowed Protestant communities to re-emerge into the open. Today, there is once again a thriving Protestant community in Vienna, even if its members remain in the minority. Vienna is the seat of the heads of the Lutheran (Augsburg Confession), Reformed (Helvetic Confession) and Methodist Churches in Austria.
The city’s museums and archives are a unique treasure trove of documents stemming from the Reformation era, such as the original Confessio Augustana that was handed to Emperor Karl V, one of three surviving copies of the Luther’s 95 Theses and a great many Reformist pamphlets and paintings. Many of these treasures will be put on put on public display in the Vienna Museum to mark the 2017 anniversary. A host of celebrations, including a European Reformation Ball, are planned to commemorate the Reformation.