City of the Reformation Villach 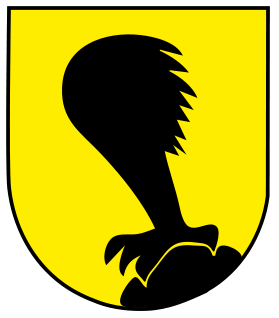 Villach lies at the crossroads where the roads from Salzburg and Vienna meet and head off towards either Slovenia or Friuli. Its position on the banks of the Drava has made the city a melting pot of different languages and cultures right up to the present day. Being this well intertwined with the international traffic network encourages the mobility of its citizens. In November 1517, immediately following the publication of Martin Luther’s 95 Theses, Georg Krainer left Villach to study in Wittenberg. He was later to become the Protestant-leaning preacher in Maria Gail to the south of Villach. Sigmund von Dietrichstein, the patronage master of St. Jacob’s city parish church in Villach, conferred the right upon the citizens to appoint their own choice of pastor in 1526. In typical reformatory manner, they were mainly concerned that the word of God be spoken in a “clear, non-convoluted manner without any human embellishments”, which was how Protestant ministers came to be appointed. In 1555, one named Karl Fuchs arranged for a new pulpit to be erected in the church, which has since become one of the best-known Protestant architectural heritage buildings in the Austrian region of Carinthia. But even in Villach – as throughout Austria – anti-reformatory directives would almost completely eradicate Protestant life. Six whole generations of Protestants had to practise their faith in secret. An impressive testament to this fact can be found in the spa town of Warmbad near Villach, where drawings and images inscribed in the walls of a cave (the Eggerloch) point to underground Protestant worship. It was only the Edict of Tolerance issued by Emperor Joseph II in 1781 that permitted Protestants once again to “follow their religion in private”. This allowed them to form congregations and celebrate worship conducted by pastors. Today, Villach once again represents a centre of Protestantism in Carinthia. The seat of the Superintendency of Carinthia and East Tyrol, which encompasses 40 parishes, was established here in 1946. The two Protestant communities in Villach have around 6,500 members, accounting for 14% of the population – a very decent proportion by Austrian standards!

The history of Villach just goes to show how early on and rapidly the Reformation spread out from its original core. From Villach, the movement continued into Slovenian-speaking territory, especially the writings of Primoz Trubar. It is undoubtedly a quintessential “European city of the Reformation”!