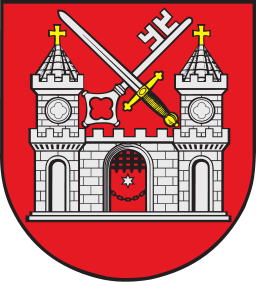 A passing disturbance in the far North of Europe

Tartu is the second-largest city in Estonia and home to the national university.
The name was first mentioned in 1030 in reference to a castle, after which, during the 13th century, it progressed as the seat of a bishop to become the centre of the region’s church. Tartu was also a Hanseatic city and a thus a hub of trade and craftsmanship, and it was considered the final outpost of western Europe at the border between Catholicism and Orthodoxy. Valkena Cistercian monastery was not far away, in Kärkna.
The Reformation reached Tartu in 1524, when its first Reformist preacher, Hermann Marsow, took up post and was granted a licence by the city council to preach in St. Mary’s Church. But the dissonance between Marsow and the local diocese quickly forced him to leave the city. His place was taken, however, by the lay preacher and prophetic agitator Melchior Hoffmann, a furrier by trade. The simple language he used helped him to get the Reformation message across to the townsfolk. As a result of the disturbance and conflict that his public addresses provoked, he too had to leave. Churches, altars and effigies had been destroyed during this unrest. But Hoffmann soon returned to Tartu, which prolonged the conflict even after Reformist preacher Sylvester Tegetmeyer had arrived from Riga to work in the city in spring 1525. Things only settled down again after the city council decided to banish Hoffmann officially the following year.
A German-speaking school was founded in Tartu and a proper welfare system introduced in the wake of the Reformation. Lutheranism came to the city during the 1530s, when representatives from Tartu, Tallinn and Riga agreed upon a common church order. In 1554, the chaplain of St. John’s Church, Franz Witte, published an Estonian translation of Martin Luther’s catechism in Tartuan dialect.
At the end of the 16th century, the city reverted to Catholicism after falling under Polish rule. A Jesuit college was founded that continued to operate into the 17th century, until Tartu was taken over by the Swedes, thus cementing its Lutheran status. Tartu’s university was founded in 1632, including a faculty of theology to train pastors right from the start. Bengt Gottfried Forselius founded a school in Tartu’s vicinity that boosted general education in the area immensely.
Lutheranism remained the predominant local confession during the 18th century, when the Estonian territories were made part of the Russian Tsar’s empire following the Nordic War. In 1802, the University of Tartu was reopened, including a German-speaking faculty of theology. This Protestant faculty was also responsible for training all pastors in the Russian Empire. Many world-renowned theologians, such as Alexander von Oettingen, Theodosius Harnack, Adolf von Harnack, Reinhold Seeberg and more, studied and worked there. Tartu remains a hub of theological research to this day and is the second-largest cradle of the church in Estonia for nurturing Lutheran educational and cultural heritage. Parts of the historic quarter were destroyed during the Second World War, including the 14th-century Lutheran St. John’s Church, which was finally rebuilt in 2005. The church houses valuable terracotta sculptures that each have their own distinct face. Tartu’s churches are frequently the venues for the many art exhibitions and concerts that abound on its flourishing cultural scene.
Priit Rohtmets, University of Tartu