The Reformation City of Tallinn 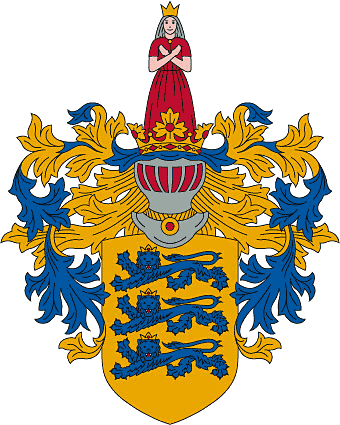 Where the horizon remains, even if the sea freezes over

The capital city of Estonia is one of the major hubs of the Baltic Sea region.
During the first half of the 13th century, Hanseatic Tallinn (Reval) developed into an expedient port on the southern coast of the Gulf of Finland at the foot of a castle founded in 1219 by the Danish crusaders. The city’s German name Reval is derived from the surrounding Revala countryside, whereas the native Estonian name Tallinn is generally thought to mean “Danish castle/town”. The German immigrant merchants, who made up the city’s elite, and the Lübeck municipal law that applied in Tallinn broadly determined its culture. Tallinn was an important station for the prolific East-West trade between Novgorod, Lübeck, Amsterdam and the Bay of Biscay.
The Reformation took hold remarkably soon in Tallinn. The first Protestant preachers gathered there as early as 1523, and the City’s Council and guilds adopted the cause the following year. The inhabitants of Tallinn were amongst the supporters in Livonia that Martin Luther first addressed in autumn 1523. During 1524, the relationship between the new preachers and the local Dominicans deteriorated, ultimately erupting in iconoclasm in September of that year. The Council, which sided with the new preachers, was able to restore order the following day. The Dominicans were expelled, Catholic worship was banned and church assets were placed under new administration. Together with the other Livonian cities Riga and Tartu, Tallinn joined the Wittenberg Reformation in 1533. However, the Toompea and Cistercian convent in the lower town remained Catholic. When the city surrendered to the King of Sweden in 1561, the new ruler confirmed the free preaching of God’s Word and forbade the reading of mass even in monasteries and convents.
The Lutheran doctrine really took hold under Swedish rule and remained the dominant confession during the ensuing centuries. In 1710, the country became part of the Russian Empire, in which the central power favoured the spread of the Orthodox Church; but Lutheranism remained a firm cornerstone of the region’s identity. Tallinn, the capital city of the independent republic of Estonia formed in 1918, is rightly proud of its rich heritage. The well-preserved medieval heart of the city was declared a UNESCO World Cultural Heritage Site in 1997 and Tallinn was designated the joint European Capital of Culture together with Turku (Finland) in 2011.
In cultural-historical terms, Tallinn’s importance as a European city of the Reformation is also reflected in its rich cultural heritage that dates back to the Reformation in the 16th century, as is still evident for all to see this day in the city’s architecture and the adornments of its churches.
Juhan Kreem, Tallinn City Archive