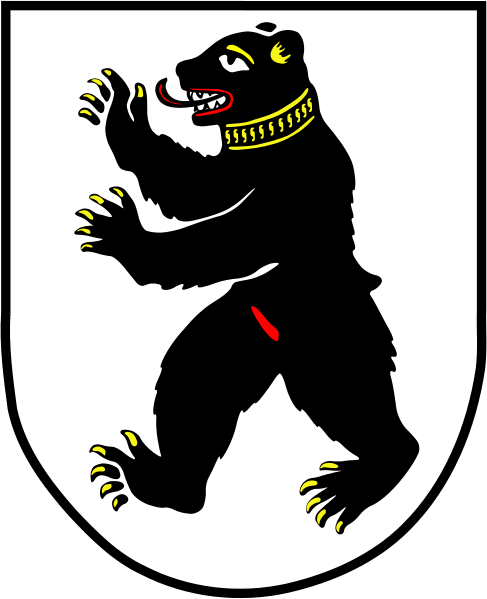 St. Gallen lies in eastern Switzerland, to the south of Lake Constance. The city, which evolved from the hermitage of Saint Gall, to this day bears witness to its roots not only by name. The layout of the Abbey of St. Gall is considered the quintessential model of a Benedictine monastery, and the Abbey precinct encompassing the church and Abbey library has been deemed a UNESCO World Heritage site.
Important early inroads for the Reformation into eastern Switzerland were forged from the base of St. Gallen. In fact, the way the Reformation developed in St. Gallen was affected by two distinctive factors.
The first was the abbey’s strong influence over the city, with the Reformation era dawning during a phase of protracted power struggles between the City Council and the abbots for overall control of the city. A dividing wall was eventually constructed in 1566 that split the city into Catholic and Protestant districts until 1818.
The second aspect was that the Reformation in St. Gallen was driven by laypeople. Indeed, the two major proponents of the Reformation there, Joachim von Watt and Johannes Kessler, both pursued secular careers. Joachim von Watt (1484-1551) was born into one of the city’s merchant families and became a universal humanist scholar. He followed that tradition by adopting the Latin name of Vadian. He held the chair of poetry at the University of Vienna, was appointed poet laureate by Emperor Maximilian I, directed the Vienna Boys’ Choir for some time, and was even appointed Dean of the University. He also studied to become a doctor of medicine before assuming the position of city physician in his birthplace of St. Gallen in 1518. His university friend Huldrych Zwingli introduced him to Reformism, which prompted him to study its teachings and propagate them back home. Johannes Kessler (approx. 1502-1574) also returned to St. Gallen in 1523 after studying theology in Basel and Wittenberg. He had got talking to Martin Luther – without realising who he really was – on his way to Wittenberg at the Zum Bären tavern in Jena, as Luther was returning from the Wartburg under the alias of Junker Jörg. Upon his return to St. Gallen, instead of proceeding with his anticipated ordainment as a priest, Kessler became an apprentice saddler and began interpreting the Bible to the craftsmen and working on a new order of worship. His friend Vadian’s appointment as the City Mayor of St. Gallen in 1526 heralded the introduction of the Reformation in the city against the will of St. Gallen Abbey, after which Baptist groups also started to emerge. As Konrad Grebel, one of the Baptist leaders, was not only Vadian’s university friend but also his brother-in-law, there was no violent persecution of the Baptists in St. Gallen as was certainly the case elsewhere.
Kessler recorded notable events of the Reformation in St. Gallen between 1519 and 1539 in his Sabbata chronicle. Several architectural monuments to the Reformation still exist in St. Gallen. A commemorative plaque marks where Vadian used to live in the Schmiedgasse, and a bronze memorial to him stands in the Marktgasse. The only remaining evidence of the city’s dramatic confessional divide is a small part of the original wall. On the other hand, the Laurence Church, where the Holy Communion was first celebrated in its dual form in 1527, still a functions as a Reformed city church to this day.