City of the Reformation Speyer 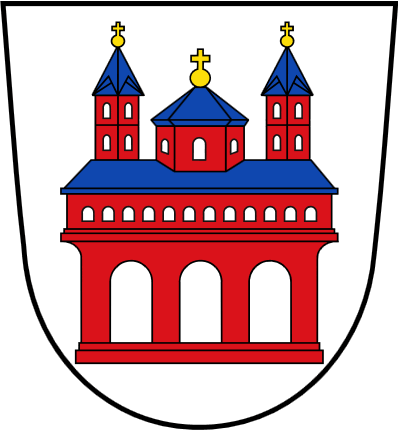 Speyer is where the Evangelists became “Protestants”

The city of Speyer in the Palatinate region of Germany has even more to offer than its UNESCO World Heritage Romanesque imperial cathedral in the form of its exceptionally rich Jewish heritage, to which the ruins of the 12th century synagogue and the oldest Jewish mikveh (ritual bath) in Central Europe still bear witness today. Speyer was one of the three Jewish “SchUM” cities together with Worms and Mainz. Moreover, Speyer also played a preeminent role in the course of the Reformation.

During the Reformation era, Speyer was a hub of imperial politics. Numerous Imperial Diets were held there, and the city became the seat of the Imperial High Court in 1527. At the first Imperial Diet held in Speyer in 1526, the Imperial Estates were all permitted to tolerate Protestant faith on their territory until a definitive future Council ruling. At the second Imperial Diet in Speyer in 1529, however, this concession was revoked. Six Evangelical princes and the representatives of 14 free cities protested against the ruling and positively asserted their right to hold their own beliefs that might differ from the majority consensus. In their protestatio they wrote: “In matters relating to the glory of God, the salvation of our souls and blessedness, every individual must stand alone before God and account for himself.”

The second Speyer Imperial Diet in 1529 was the first time that political leaders had publicly confronted the Catholic majority at the Imperial Diet with their Evangelical faith. In so doing, the political leaders were grasping the Reformist cause and clarifying that in matters of faith each individual has his own power of judgement, not just clerical officers alone – a ground-breaking step on the long path towards freedom of conscience and religion.

Speyer’s Neogothic Memorial Church of the Protestation provides enduring testament to this monumental event. Protestant Christians from all over the world offered donations at the end of the 19th century to aid its construction. Its tower was designed to surge above Speyer cathedral’s, and at 100m in height it is the tallest spire in Palatinate. At the church’s entrance is its memorial chamber with statues of the six protesting princes in each of its corners and an effigy of Luther in their midst.
The Reformation is also commemorated at many other sites in the city. The Evangelical Church of Palatinate, whose seat is in Speyer, bears conscious witness to the protestatio with its title of Protestant Regional Church. It has joined forces with the city archives to devise and design a smartphone app called “Speyer – the City of Protestation” that offers a virtual tour of the city tracing the footsteps of the Reformation.