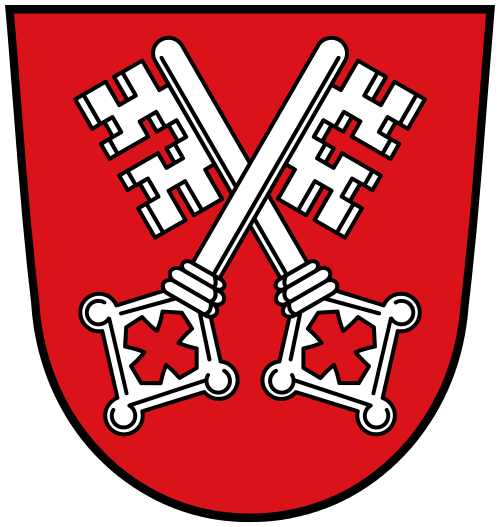 Reformation in the Danube area

Regensburg lies on the most northern stretch of the Danube and is the capital of Bavaria’s Upper Palatinate administrative region. The city’s Roman origins and its almost perfectly preserved medieval heart make it a very popular tourist attraction – and in 2006, the medieval centre and “Stadtamhof” were declared a UNESCO World Heritage Site.
Proponents of the Reformation were to be found in Regensburg as early as the 1520s. Protestant preachers were already hard at work and Holy Communion was celebrated in dual form in private households. During the Regensburg Imperial Diet of 1541, Philipp Melanchthon, John Calvin, Martin Bucer and Johann Pistorius formed the Protestant delegation at a religious debate, but no agreement could be reached between traditionalists and the Protestants. In autumn 1542, the City Council gave in to the majority will of the citizens to adopt the Reformation. On 15th October that year, the Church of the Beautiful Maria – now known as the Neupfarrkirche (New Parish Church) – was host to the first Protestant Eucharist in Regensburg. The surrounding Catholic Duchy of Bavaria reacted in the form of a trade and transit embargo.
During the second half of the 16th century, the Protestant city of Regensburg exuded quite some allure along the Danube to the south-east. Reformer Matthias Flacius Illyricus (Matija Vlačić) from Labin in modern-day Croatia, an equally influential and controversial figure, lived and worked in the city from 1562 until 1565. Superintendent Nicolaus Gallus laso played an important role in the construction and organisation of the Protestant Church in Austria during the same period. Between 1553 and 1624, the Regensburg Consistory ordained around 200 pastors in the Neupfarrkirche who then founded many new Protestant congregations along the Danube itself and in the neighbouring areas. Conversely, Regensburg formed a safe haven for scores of Protestant fugitives from south-eastern Europe during the 17th and 18th centuries.
Despite Regensburg’s status as Protestant imperial city, Lutherans and Catholics have lived side-by-side there for many centuries. There were four Catholic imperial estates in Regensburg – the Cathedral Chapter and those of Obermünster, Niedermünster and St. Emmeram. Many Catholics from the surrounding areas also lived and worked in the city, but without civil rights. During the decades that followed the instalment of the Reformation, the large Dominican Church functioned as a dual host for both confessions. This only ceased with the completion and consecration of Regensburg’s Church of the Trinity in 1631, one of the first substantial Protestant churches to be purpose-built in Germany.
The large Protestant churches dotted around the city centre bear impressive witness to Regensburg’s historical past. The cemetery of Protestant emissaries to the Perpetual Diet of Regensburg is a unique record of Protestant piety. Michael Ostendorfer’s Reformation altarpiece, completed in 1555, is one of the few Reformation-era altars to have been adorned with intricate imagery. It will form the heart of a special exhibition marking the 2017 anniversary in Regensburg’s Historical Museum.