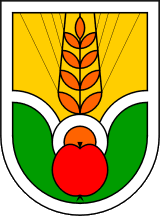 The public exception to clandestine Protestantism

Puconci is a town and municipality in the hilly, history-laden region of Prekmurje at the furthest north-eastern tip of the Republic of Slovenia, bordering Austria and Hungary. Prekmurje takes its name from the Mur river. During the Middle Ages, it belonged to the Kingdom of Hungary. In the 16th century, it was passed to Austria during the Turkish Wars as part of Royal Hungary. From 1580 until 1732, it remained under Hungarian administration. A Hungarian minority still forms part of its population to this day.
The Reformer Primus Truber (1508-1586) played a key role in the Reformation in Slovenia. He was a student of the humanist adherent and pro-Reformation Bishop Pietro Bonomo (1502-1546) of Trieste. After his ordination by Bonomo, Truber’s Reformist sermons, which he conducted in Slovene, caused conflict with his church. Nonetheless, he was made a canon of Ljubljana Cathedral in 1542. However, things changed after Bonomo’s death. His successor implemented the Habsburgs’ anti-Reformation stance in the diocese. In 1548, Truber fled to Nuremberg, where he explicitly committed himself to the Reformation. Then between 1553 and 1561, he steered the free imperial city of Kempten towards Lutheranism as its pastor.
He had started his life’s major work on foreign soil, in southern Germany, in 1550 – to promote the Slovenian Reformation by publishing Reformist works in the Slovenian language. He completed most of the translations into Wendish himself. These included a catechism, a Slovenian church order and the complete New Testament along with parts of the Old. He translated the Biblical scriptures based on the Lutheran Bible. In 1561, he oversaw the team in the Württemberg town of Urach – which included his compatriot Hans Ungnad – that founded the “Ungnad-Trubersche Bibelwerk”, a printing centre dedicated to producing Reformation works in Slovene, Croatian and Italian. By publishing Biblical and catechetical texts in Slovene, Truber was in fact instrumental in developing a written Slovenian language, which had previously not existed as such.
In 1562, he returned to Ljubljana as a superintendent with the aim of establishing a Slovenian Church, but he was forced to leave again just three years later after the new ruler, Archduke Karl, banned him from preaching. He found refuge in the Lutheran Duchy of Württemberg. From 1567 until his death, he was the pastor of Derendingen near Tübingen. During this time, he continued his lifework of translating and publishing Slovenian works in the Urach printing house.
Truber’s Reformation in Slovenia was brought to an end by the successful imposition of the Counter-Reformation during the first third of the 17th century. This process closed the Ministry for Churches and Schools in Ljubljana, expelled Protestant preachers, established a religious reformation commission and banished any noblemen who refused to convert. From that point on, Protestant Christians lived their faith as “clandestine Protestants”.
Only in Prekmurje, of which Puconci is part, were there Protestant congregations – thirteen in all – under Hungarian administration. As a result, Puconci can look back over a long Protestant tradition. More than a few Lutheran pastors in Puconci followed Truber’s example as a writer and published catechetical works in Slovenia’s vernacular language. Following the Patent of Toleration issued by Joseph II in 1781, the first Lutheran church in Prekmurje was erected in the centre of Puconci. Puconci is one of the few Slovenian municipalities that is predominantly Lutheran.