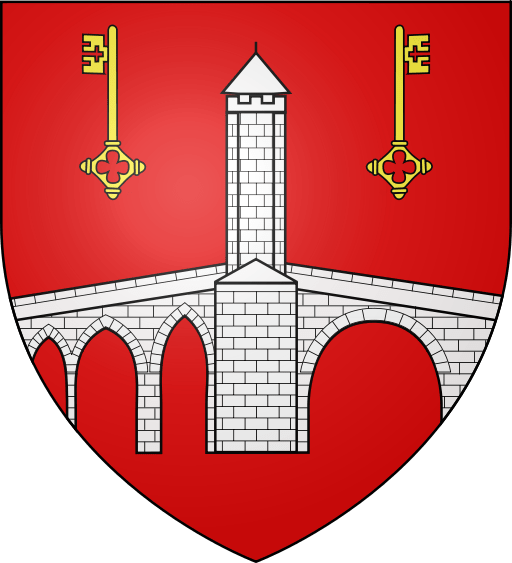 Psalms in Occitan and great scholarship

The city of Orthez belongs to the French department of Pyrénées-Atlantiques in the Nouvelle-Aquitaine region. It is also part of the province of Béarn, which was a sovereign principality until it became part of France in 1620.
The Reformation process in the Viscounty of Béarn saw the movement spread out from the cities of Pau and Orthez with the encouragement of local rulers. Reformist ideas already started to bear influence during the early 1520s with the spread of Luther’s writings. The main figurehead for Protestant reforms was Gérard Roussel (1500-1550), the court chaplain of Margaret of Angoulême (1492-1549). Margaret was the sister of King Francis I of France and the wife of Henri II d’Albret, the King of Navarre and Viscount of Béarn.
It was during his protracted efforts to advance the Reformation in France, where he suffered persecution time and again, that he met the young John Calvin. Whilst fleeing the country, he ended up at Margaret’s court. He became the Bishop of Oloron in 1536, where he gradually and carefully introduced Protestant reforms until his death in 1550. Margaret was a very active supporter of these reforms, which it has to be said were achieved without formally breaking away from the Catholic Church.
It was only under Jeanne d’Albret (1528-1572), the daughter of Henri II and Margaret, who came to the throne in 1555, that the decisive step was taken to implement the Reformation. For it was under her instruction that Swiss Reformer Pierre Viret (1511-1571) played a leading role in reforming church structures in line with Reformed Protestantism. This led to the renewal of the church in Béarn during the process of the religious wars that caused turmoil in France for many decades. The crucial factor was the church order devised in La Rochelle and decreed in Pau in 1571, as it turned Béarn into a Reformed principality in line with the “ordonnances ecclésiastiques” model of the state city of Geneva. The houses of worship became “temples”, funding for pastors was secured and a translation of the Psalms into a vernacular language related to Occitan appeared in Orthez. The Reformation in Béarn received a major boost when a former college was turned into an academy and then relocated to Orthez. This was the fourth Reform-based educational institute to be created after Lausanne, Geneva and Nîmes. A number of eminent theologians alongside Pierre Viret taught 400 pupils there each year. However, even if the academy was later given university status, it only briefly gained modest fame, and it was dissolved by King Ludwig XIII in 1620. Pierre Viret died in Orthez in 1571.
Upon the death of Jeanne d’Albret in 1572, her son succeeded her to the throne as King Henri IV of France. The most important act of his rule was to issue the Edict of Nantes in 1598, which granted Protestants the right to freely practise their religion. The following year, he issued the Edict of Fontainebleau with regard to Béarn, which forced his sister, Catherine de Bourbon, who had since taken rule there, to reintroduce Catholic rites. The Protestant principality managed to maintain its independence until 1620.
The underlying anti-Reformist tendencies in French politics eventually led to the repeal of the Edict of Nantes in 1685. From then on, Reformed religion was forbidden in France and so the Protestants in Béarn pursued their faith in secret. This clandestine church paved the way for re-establishing Protestant churches in Béarn during the 19th century.
Nowadays, the city’s “Maison Jeanne D’Albret” museum brings the twists and turns in the history of Protestantism in Béarn to life.