City of the Reformation Neuchâtel 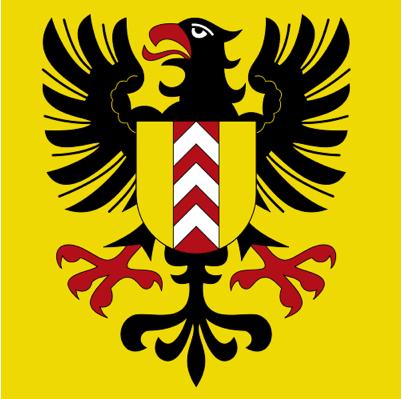 Neuchâtel is situated in western Switzerland, just a few kilometres from the French border. The city is the capital of the canton that bears the same name. Here, the cultures of the French and German speakers intermingle – a recurrent subject in the works of Swiss author and dramatist Friedrich Dürrenmatt, who lived in the city for almost forty years. Whatever his complaints, he clearly didn’t wish to relinquish the quality of life he enjoyed on the banks of Lake Neuchâtel.

The onset of the Reformation in Neuchâtel is closely linked with the Reformer Guillaume Farel (1489-1565). He arrived in Neuchâtel in 1530 after a long journey as a religious fugitive from France with a letter of recommendation in his pocket from the city of Bern to gain Neuchâtel for the cause of the Reformation. That is not to say that this inspirational and fiery preacher convinced everyone who heard him. While he was restricted to preaching in the small Chapelle de l’Hôpital, one of his supporters consoled him with the fact that Jesus Christ himself was born in a humble manger. His sermons quickly attracted so many listeners that he persuaded the crowd to ascend the castle mound and take the Collegiate Church. His preaching stirred the people so profoundly that they destroyed its altars, statues, images and crosses. Only the tomb of the Earl of Neuchâtel survived the iconoclasm. Within a matter of days, the city council joined the Reformation movement, although the aristocratic upper class remained Catholic until 1707.

Many Protestant religious fugitives from France settled in the vicinity of Neuchâtel and influenced the course of the Reformation in that region. Antoine Marcourt, the man who was probably behind the posters that caused the Affair of the Placards in France in 1534, was the first Protestant pastor to be appointed there, whilst Farel promoted the cause of the Reformation and summoned Calvin to his side in Geneva. Together with Pierre-Robert Olivétan, who worked as a tutor in Neuchâtel, Farel met the Waldensians in Chanforan in the Piedmont region of Italy in 1532, who had requested a French translation of the Bible. Olivétan conducted this work, and his was the first French version of the entire Bible to be printed by Pierre de Vingle in Neuchâtel in 1535. Further reprints quickly followed in Geneva and elsewhere of what to this day remains the most important French translation of the Bible. When Calvin and Farel were banished from Geneva in 1538, Marcourt was called there to replace them and Farel assumed his position in Neuchâtel. He worked to establish a church ordinance there like the one in Geneva. He also championed the cause of francophone supporters of the Reformation on his numerous journeys to Italy, France and Germany.

A statue on the esplanade in front of the Collegiate Church commemorates the work of Guillaume Farel. Many reminders of the history of the Reformation can be found in and around the Collégiale de Neuchâtel. The consequences of the iconoclasm are still visible to this day in the Collegiate Church itself, and the erstwhile lodgings of Farel and Marcourt both stand in the Rue de la Collégiale, along with the Collège du Haut the pair founded. The 1534 translation of the Bible and inflammatory placards from that same year can be viewed in the university library and the Bibliothèque des Pasteurs, which was founded in 1538. The illustrated Bible produced by Jean-Frédéric Ostervald, a subsequent pastor of Neuchâtel, is also on display.

Neuchâtel lent francophone Protestantism a new degree of cohesion as the vital nucleus of the network of Protestant exiles.

Protestant Reformed Church of the Canton of Neuchâtel: www.eren.ch