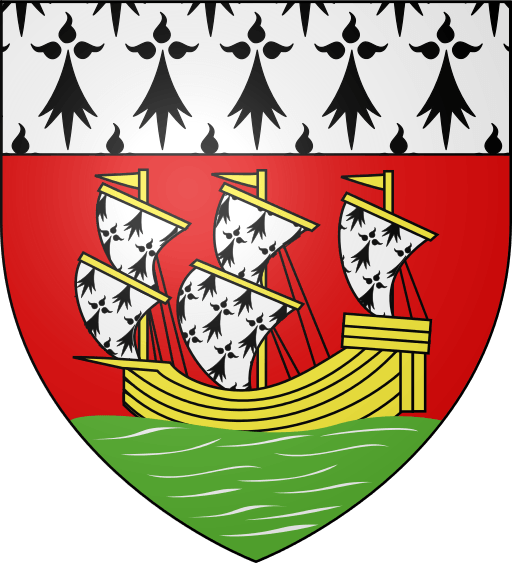 The Edict city that formed the exception

The history of this French city at the mouth of the Loire reaches back to Roman times. Christianity took hold there in the third century. During the Middle Ages, Nantes became the capital of the Duchy of Bretagne. Its historic heart boasts the city’s late-Gothic Saint-Pierre Cathedral.
The city is also inextricably linked with the historic Edict of Nantes, issued in 1598. This signalled an end to the religious wars that blighted France during the second half of the 16th century and granted Protestants fundamental rights, at least temporarily – other than in Nantes itself.
Reform-minded congregations had started to form in France as early as the 1520s and 30s. A Reformist movement also emerged in Nantes during the early 1530s. To start with, although the congregations were repeatedly persecuted, at times they were also briefly tolerated. However, the persecution became more acute after the 1540s. Despite this, Protestantism was still able to spread, mainly under the influence of John Calvin. In 1555, a Reformed Church was established in Paris, and within five years of this more than 70 Protestant congregations sprang up throughout France.
The Reformation, which was initially furthered by craftsmen and merchants, increasingly permeated the lower and higher-ranking nobility. In 1559, the first national synod of this group known as the “Huguenots” decided to adopt the Calvinist confession.
There was also a congregation in Nantes around 1560, which employed a Genevan pastor called Antoine Bachelard. The following year, a disturbance in the cathedral forced several hundred Huguenots to flee to the nearby city of Blain.
Between 1562 and 1598, a series of eight civil wars were fought in France, as the Huguenots, who had also become a strong military force, battled the Catholics for power. In 1570, four protection zones were negotiated that stood under Huguenot power. However, this did not stop a bloodbath from being perpetrated against them on 24 August 1582, which came to be known as the St. Bartholomew’s Day massacre. Several tens of thousands of Protestants, including almost all of their leaders, were killed in the series of massacres that took place in France. However, in contrast to elsewhere, the Huguenots in Nantes clearly were not attacked in this way. Towards the end of the 16th century, the city then fell entirely under Catholic rule by the Governor of Bretagne, Phillippe Emmanuelle de Mercœr, which eradicated any traces of Protestantism there during this era.
It was only Huguenot Henri IV’s accession to the throne that brought the religious wars to an end. The Edict of Nantes that he issued on 13 April 1598 laid the foundation for religious political peace in the country, which had suffered under inter-confessional hatred and bloody hostilities for decades. The Edict granted the Huguenots general toleration and freedom of conscience and allowed them to conduct Reformed worship in public at specified venues, construct houses of worship (known as “temples”) and organise their own cemeteries. It guaranteed civil rights and legal protection and, finally, also the right to open schools and academies.
However, the Edict did not apply to the city of Nantes, ruled as it was by Catholic nobility. Followers of the Reformed faith were not tolerated there, and instead continued to be subjected to violent hate campaigns.
For some decades, the Edict of Nantes kept the peace in other parts of the land until armed conflict between the confessions broke out again in the 1620s. The systematic oppression of Protestantism finally came to a head with the Edict of Fontainebleau in 1685, with which King Ludwig XIV of France revoked the Edict of Nantes and drove a large number of Protestants into exile. The Huguenots living in France would have to wait until 1789 for renewed religious freedom and civil rights. The Protestant inhabitants of Nantes were able to worship publicly again starting in 1805.
In the quincentenary year of the Reformation, Nantes’ city authorities, Protestant and Catholic churches, university and museums have joined forces to form the “Culture Evénements Patrimonial Protestants in Loire-Atlantique” (CEPP-LA) to organise events in celebration of the city’s Protestant heritage.