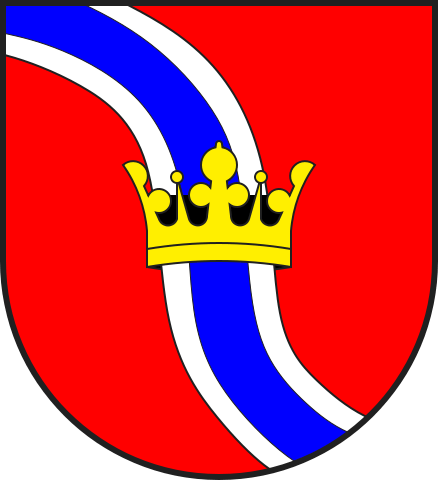 Ilanz lies on the headwaters of the Rhine in the Swiss canton of Graubünden. Its small population of around 2,500 makes this closest settlement to the source of the Rhine more of a town of the European Reformation. However, size is by no means any measure of its importance in this setting. Ilanz gained its town rights over 700 years ago. The languages spoken there are German and Romansh. The town has a well-preserved historic centre and lies right in the heart of the Surselva District, a popular region for winter sports and skiing. In 2014, Ilanz and a number of its neighbours merged to form the new municipality of Ilanz/Glion.
This small town played a disproportionately major role in the history of the Reformation. For alongside Davos and Chur, Ilanz was one of the capitals and seats of the assemblies of the Three Leagues alliance. The Ilanz Articles issued by the Federal Assembly in 1524 and 1526 gave the municipalities of the Three League’s Free State the right to appoint their own pastors, thus curtailing the rights of the Bishops and nobility. The Articles can be chiefly traced back to the Reformer Johannes Comander (approx. 1484-1557), who was active in Chur from 1523 and met with its Bishop Paul Ziegler in Ilanz in January 1526 for a disputation. The legacy of Johannes Comander is still evident in the Evangelical-Reformed Church of the Canton of Graubünden and the canton’s constitution. It was he who wrote the first Reformed Church Constitution and founded the Synod of the Leagues in 1537. To this day, all the canton’s pastors gather once a year in this assembly to consider the admission and ordination of new pastors for service to their churches, to discuss theological and liturgical issues, and to exercise the ultimate supervision of pastoral affairs. The new pastors are ordained in the Sunday service of worship that takes place during the Synod. The Synod of the Leagues is one of the oldest Protestant synods and has always been quite unique in terms of its tasks and composition.
During the Reformation era, there was also a secret Baptist community in Ilanz. Leopold Scharnschleger (approx. 1485-1563), a leading figure of the Baptist movement, found work there as a school master in 1546 and headed a small Baptist community. He maintained vigorous correspondence with other Baptist communities as far afield as Mähren.
A number of buildings in Ilanz bear witness to the Reformation era. The town’s Reformed Church of St. Margaret, which was the venue for the Ilanz Disputation, is decorated with late medieval murals including an illustration of Death playing chess with chess with a lady. The old town hall, known as the Casa Cumin, where the Federal Assembly convened, was replaced by a new building in 1880. The language of Ilanz bears its own lively historical witness. The catechism published by Ilanz pastor Stefan Gabriel in 1611 was the first book to be printed in Sursilvan, the Rhaeto-Romanic idiom of the Upper Rhine Valley.