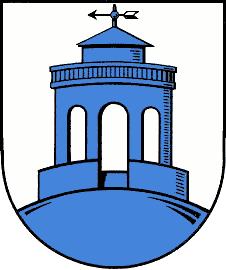 The town of Herrnhut was the birthplace of the “Herrnhut Unity of Brethren” (widely known as the Moravian Church in English). It lies in the district of Görlitz in Upper Lusatia, Saxony, in Germany.
The roots of the Herrnhut Unity of Brethren reach back to the 15th-century group called the Bohemian-Moravian Unity of Brethren, which joined the cause of the Reformation movement led by Bohemian Reformer Jan Hus (c. 1370-1415). The group’s piety revolved around its resolute rejection of violence, normative validity of the Bible and strict way of life. The Unity of Brethren, which throughout the course of its own history also adopted the ideals of the Reformation, held its ground in the Kingdom of Bohemia until the Habsburgs forced its members to emigrate during the Thirty Years’ War. It was in exile that educator John Amos Comenius (1592-1670), the last bishop of the olden Unity of Brethren, wrote the works that formed their literary legacy.
A few of the members of the olden Unity of Brethren had managed to stay together in East Moravia. In May 1722, a group of two families led by carpenter Christian David set off from the town of Fulnek for Protestant Saxony. They sought to escape repression in the Habsburg Empire and settle on the estate of Berthelsdorf, owned by Count Nikolaus Ludwig von Zinzendorf (1700-1760), between Zittau and Löbau. Zinzendorf, who had been brought up in Halle’s orphanage under the charge of August Hermann Francke (1663-1727), had been influenced by piety in the same way as David. They founded the Herrnhut Colony (literally “Lord’s Cap Colony”) on Hutberg hill in Upper Lusatia. “This place shall not only lie under the cap of the Lord, but we shall also stand every day on the Lord’s cap,” said Count von Zinzendorf at the naming ceremony.
Herrnhut very quickly became the hub of an expanding revivalist movement. By 1727, the colony had grown to 220 people and attracted people from all parts of Germany. Communal life there initially sparked tension and conflict between members from different social and confessional settings. Faced with this situation, local pastor Johann Andreas Rothe (1688-1758) and patronage master Zinzendorf issued key structural guidelines for the development of the renewed Herrnhut Unity of Brethren known as the “Herrnhut Statutes”. During this while, Zinzendorf ascended to become the spiritual figurehead and perceived his key mission to lie in the spiritual leadership of the “Unity”, thus shaping the Christian community the way he desired.
The actual birth of the Herrnhuts as an ecumenical and cross-confessional community occurred as they celebrated Holy Communion together on 13 August 1727. It was here that they recognised the links that united them through Christ. The community’s culture of pietism was characterised by an intensive life of worship, a programmatic restructuring of the community into pastoral groups (known as “choruses”, according to age and gender), an ethical focus on salvation of life, and a common emphasis on the Bible, in the expectation of finding answers to all questions of life and salvation therein.
Despite some criticism of the structures of Saxony’s regional church, Zinzendorf never considered splitting away, but instead considered Herrnhut as a church within the church. But in fact the Herrnhuts had created a new entity, a “Unity” which emerged from different church traditions, overcame confessional division and bonded its members through alternative forms of participation and worship. At the heart of the “idea of unity” lay a focus on theological ideas of a piety from the heart based on their love for Christ and the grace found therein. It was Zinzendorf who developed this vision in his theological thinking and placed the crucified Saviour at the heart of what he said and wrote. This explains why the symbol of the Unity of Brethren is the lamb of God (agnus dei) with the flag of victory, which in Bible terms represents Jesus Christ and his victory over the world.
Zinzendorf considered the Church’s main aim to be its world mission, particularly for those neglected by everyone else. The first step was sending missionaries to the slaves in the West Indies and the Inuit in Greenland in 1732/33. The mission of the Herrnhut Unity of Brethren, which ultimately turned into a global network, was one of the first in the 18th century and ranked amongst the most important Protestant mission movements during the 19th century.
Today, the Protestant Unity of Brethren, which is set up in provinces around the world, has more than one million members in 35 countries across all continents. In Germany, the Unity of Brethren has districts in Herrnhut, Zeist and Bad Boll. Nowadays, the town of Herrnhut is known all over the world for its “Daily Watchwords” – a devotional book that suggests two verses from the Bible and a hymn verse or prayer for each day – and for producing the Herrnhut stars that spread their light all around during Advent and Christmas.