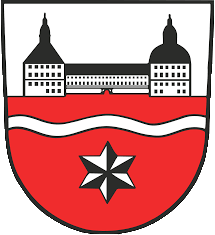 The city of Gotha, which was first cited in a document signed by Charlemagne in the year 775, is situated on the northern fringes of the Thuringian Forest. It was presumably the “good water” and fertile land that drew the earliest settlers and earned Gotha its name – any claims to the source of the Gothics being just fables.

The city’s rich Reformation history got off to an early start with Johann Langenhan’s Protestant preaching in 1522. The appointment in August 1524, in the immediate wake of the “Priest Storm”, of Friedrich Myconius as Protestant preacher at St Mary’s Church in Gotha and his actions then firmly anchored the Reformation in the city and its surroundings. Myconius, who had met the renowned indulgence priest Tetzel as a young man (which made a great impression on him), not only became the first Superintendent of Gotha in 1529, but also played a key role in shaping the office of “superattendens” and visitations as a means of ensuring correct teaching and the orderly running of parishes. These factors were to prove exemplary for Protestant organisational structures during the early stages of the Reformation. Myconius nurtured a close relationship with Martin Luther, with their letters containing more personal advice, consolatory words and encouragement than theological or church matters, and the latter’s wife Käthe also sending greetings to Madame Myconius this way.

Luther himself stayed in Gotha several times. More than 1,000 of his letters and many other documents related to the history of the Reformation are held in the city’s research library. Gotha demonstrates that Reformation and education go hand in hand. Its educational tradition stretches from the early Ernestinum Grammar School, which Myconius founded in 1524 as one of the first humanist grammar schools in Germany, through to the “Protestant Study Site” at Gotha Research Library, which indeed surely earns the city its own description as the “Reformation’s Memory”.

There is plenty of evidence that the Reformation’s history is still thriving in 21st-century Gotha, according to the many milestones and anniversaries already mapped out until 2040 for the city and church.