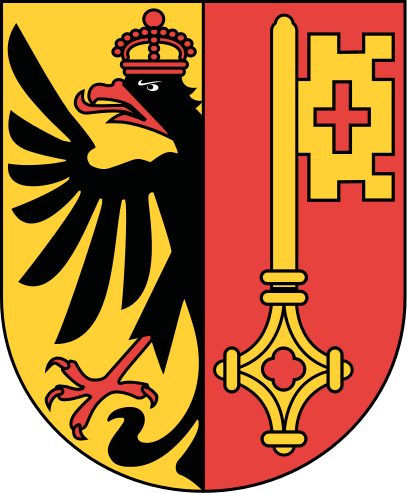 “Send us wood, and we will send you back arrows!”

Geneva is an extremely cosmopolitan city. Many international organisations such as the United Nations, the International Red Cross, the World Trade Organisation, the World Council of Churches and the Lutheran World Federation have offices there. The city lies at the southern end of Lake Geneva in Switzerland and is almost completely encircled by France. Almost half of its population holds a foreign passport. Geneva already displayed marked international credentials during the Reformation era. Its role as a safe haven for religious fugitives made it the “Protestant Rome”, and it was the base from which Calvinism spread throughout the entire world.
Talk of the new Reformist teachings reached Geneva as early as 1525, but it would take ten more years for the city to embrace the Reformation under the influence of its protagonist Guillaume Farel (1489-1565). The movement started to gain a proper foothold with the arrival of John Calvin (1509-1564). Although his proposals to introduce a new church order to Geneva were initially scorned and he was banished from the city together with William Farel in 1538, Calvin returned at the behest of the City Council in 1541. This was the chance he needed to instigate the new church order that very year, which laid down the responsibilities of its offices and church discipline. The newly founded consistory, made up of council members and Geneva’s pastors, was responsible for reprimanding and potentially excommunicating anyone who contravened the order – e.g. for playing cards, dancing, intemperance or violent behaviour. A catechism and order of service followed this in 1542 to ensure unity of faith in teaching and worship.
The influx of Protestant religious fugitives from France doubled Geneva’s population over the following years. Whilst this certainly caused a general increase in poverty, the fugitives also included wealthy and skilful merchants and tradesmen who contributed to the city’s affluence by setting up textile, print and clock-making businesses. An academy was formed in Geneva in 1559 to train young theologians, and Theodor Beza (1519-1605) was appointed its Rector. Students from all over Europe were drawn to Geneva, and it seemed that Calvin’s call to the Reformed World – “Send us Wood, and we will send you back arrows!” – was being answered. The academy’s students included Guy de Brès, who was to lead the Reformation in Belgium, and Caspar Olevian (1536-1587), whose subsequent appointments as professor of theology in Heidelberg and then Herborn would serve to spread Reformist teaching throughout the Empire. John Knox (1514-1572), the leader of Reform in Scotland, spent some of his time in exile in Geneva. It was also at this time that native translations of the Bible were completed and printed by Geneva’s anglophone and Italian-speaking expatriate communities. The city exuded a powerful charisma throughout Europe and the name “Geneva” became synonymous with Calvinism.

International Museum of the Reformation http://www.musee-reforme.ch/en