City of the Reformation Wrocław 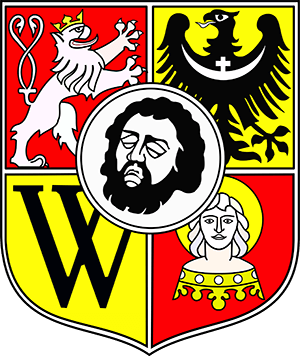 Wrocław is the historical capital of Silesia and Lower Silesia and a city with a colourful political history. Set on the banks of the Oder, Wrocław belonged to various different empires and states over the centuries, which helped it grow in size. Nowadays, Wrocław is the fourth largest city in Poland, and it will be the Cultural Capital of Europe during 2016.

The city of Wrocław was receptive early on for the Reformation’s cause and it quickly became an influential fulcrum of Protestantism way beyond Silesia itself. The City Council appointed two Protestant-leaning theologians as its resident pastors, which heralded the true onset of the Reformation in Wrocław. Johann Hess, a Wittenberg alumni and close friend of Melanchthon’s, was appointed as pastor of St. Maria Magdalena in 1523, where he preached Protestantism to the congregation. Then in 1525, the former director of Wrocław’s Cathedral School, humanist Ambrosius Moibanus, was installed as pastor of the city’s main St. Elisabeth’s church. He, too, had spent a number of years studying theology in Wittenberg, where he also gave philosophy lectures. In liaison with the City Council, they began to instigate moderate reforms and to organise church life afresh. Within just a few years, almost all of Wrocław’s churches would be Protestant, save the churches and monasteries on the Cathedral Island. However, the Hapsburg sovereigns opposed this development and attempted to invoke a Counter Reformation by founding a Jesuit university. It was only the Peace of Westphalia in 1648 that afforded Wrocław free practice of religion.

For centuries, Wrocław formed the base of support for Protestants in the neighbouring Catholic countries. The former Evangelical Reformed Court Church is now the seat of the Wrocław Lutheran Diocese of the Evangelical Church of the Augsburg Confession in Poland. The Court Church has the additional distinction of being the site of theologian Friedrich Schleiermacher’s baptism in 1768. Wrocław is associated with a number of other prominent Protestant theologians as well. During the first third of the 20th century, William Wrede, Ernst Lohmeyer, Rudolf Bultmann and Friedrich Gogarten all taught at the Protestant Faculty in the city. Furthermore, Dietrich Bonhoeffer was born in Wrocław in 1906 and spent his pre-school childhood there. A bilingual plaque marks the house where he was born.

Evangelical Church of the Augsburg Confession in Poland: http://www.luteranie.pl