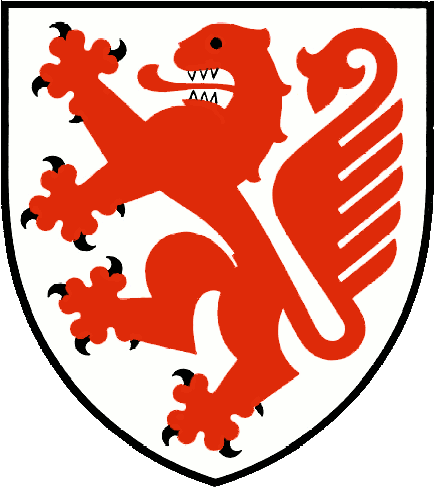 With a population of around 250,000, Braunschweig is the largest city between Hannover and Berlin. Nowadays, it offers an attractive shopping environment, has a lively cultural scene and lies at the focal point of one of Europe’s major heartlands of research. Braunschweig was already a flourishing cultural and economic hub in the early 16th century thanks to the Welf dynasty, its location at the juncture of key long-distance trades routes and its membership of the Hanseatic League.
Welf Duke Henry the Lion founded the city and bestowed it with monuments such as Dankwarderode Castle, St. Blasii Cathedral and the Brunswick Lion, which remains its heraldic beast to this day. He and his son, Emperor Otto IV, also promoted economic, cultural and scientific innovations in Braunschweig. In so doing, on the brink of the modern era they paved the way for the city to become an economic hub and centre of education, innovation and communications, which thus poised it to play a special role in the urban Reformation movement.
The distinctive historical feature of the Reformation in Braunschweig was the active role that its citizens played, who were quickly inspired by the Reformation in Wittenberg and endeavoured to implement this change for themselves. Their efforts prompted Johannes Bugenhagen, a close confidant of Luther and town pastor in Wittenberg, to draw up a new church order in Braunschweig, which served as the blueprint for others in Germany and Scandinavia.
The Benedictine monk Gottschalk Kruse (c. 1499-1540), who had studied in Erfurt and Wittenberg and encountered Martin Luther in person, also played a key role in the early Reformation processes in Braunschweig. His public lectures on the Gospel of Matthew were very popular with its citizens. Although the council and clergy expelled him from the city, the seed of Reformist thought had been sown, and the first baptism to be conducted in German in Braunschweig took place in St. Magni’s Church in 1527. At the insistence of the citizens, the council, which had held long hesitated out of respect to Emperor Charles V and the welfish ruler Duke Henry the Younger of Braunschweig-Wolfenbüttel, turned to Martin Luther, who dispatched his companion Johannes Bugenhagen to Braunschweig to compose a new church order.
Bugenhagen unveiled his church order in Braunschweig on 5 September 1528. It not only laid down the structure of the church and forms of worship, but attended equally to the city’s school system and aid for the poor. The Braunschweig church order formed the blueprint for Bugenhagen’s subsequent Reformation activity, as it spread (among other places) to Hamburg, Lübeck and as far afield as Scandinavia.
However, this new church order did not mark the completion of the Reformation in Braunschweig, as the conflict with Duke Henry the Younger, who was one of its best-known opponents, escalated to the point that in 1531 the city was compelled to join the Schmalkaldic League, an association designed to protect Protestant towns and cities. Following several armed conflicts, in 1533 the Wolfenbüttel Peace Accord finally brought this antagonism to and end by enshrining the city’s Protestant faith.
Numerous events including exhibitions, guided tours, concerts, readings, lectures, services of worship and series of sermons are being held in Braunschweig to commemorate the 500th anniversary of the Reformation.